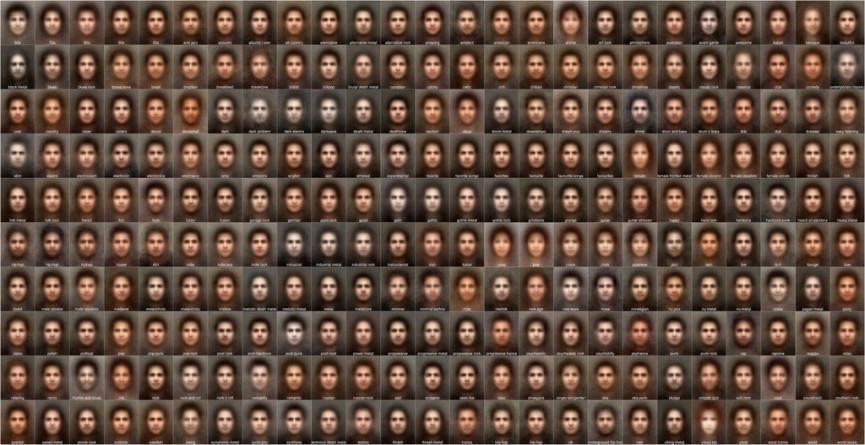 I have a recurring nightmare. I’m in a graveyard. It’s a “nice” day. I look down at the grave in front of me – average size, average shape, average wear. It’s in a row of near-identical average headstones. I can see a picture of myself on it – looking bland and, well, normal. I then read the inscription “Here lies Andrew, an average bloke!”. Luckily I awaken at this point, in a cold sweat. Average. Boring. Bland. Is it any surprise that statisticians call an average “mean”? I want to be BETTER than average!

“Average. It was the worst, most disgusting word in the English language. Nothing meaningful or worthwhile ever came from that word.”

Do You Strive to Be Average?

By definition, an average person is somebody whose achievements match the majority of mankind’s achievements. Being average, is of course, better than being below average. At some point in our lives, we have all probably been average. But why would you ever want to stop there? Why would you want average mediocrity to be the pinnacle of your life?

There are many people who, starting their lives from a difficult position, work their way up to an average position. But they stop there! They aspire to a nice middle management position. They leave for work at the same time every day. They perform the tasks they need to do to get by. Their home life becomes routine. Their relationships lose any spark and passion and become stale. They holiday at the same place every year, making certain to book before they leave so that they can return next year without any thought or worry. They encourage their kids to get a safe job. They dress as they are expected to – like everyone else. They behave as they are expected to – like everyone else. They work to pay the mortgage and keep their heads above water. Nothing ventured. Nothing dared.

Second by second. Minute by minute. Hour by Hour. Week by Week. Month by Month. Year by Year. The lives of these average-aspiring people ebb away.

I had a good friend who always referred to average-aspirers as “The Grey Men”. I feel that describes them well, although Billy Connolly would undoubtedly describe them as “beige.”

Why Aim for Average, When You Can be Better Than Average?

The thing is, you can truly be so much better than average. An average is a mathematical formula. If you are average, you are simply in the middle echelon of people. Why can’t you push yourself higher than this?

This has nothing to do with class. It doesn’t have anything directly to do with money – an improved income is simply a side benefit of being better than average. There are many examples of people who have pulled themselves up from gutter-level and made themselves multi-millionaires.

Intelligence does come into it to some degree. It is difficult to make good decisions if you are dumb – and worse still – don’t know or won’t admit you are dumb! However, again history is littered with examples of people who are, on a mathematical scale at least, only of average intellect, but who recognise this limitation, compensate for it, and go on to succeed in the greater picture of life.

The thing is, for you to end up a winner in life, you have to start thinking like a winner. We all have misfortunes in life. We all make bad decisions. But as long as you still have breath in your lungs and a capacity to fight to improve your life, you can still make yourself better than average. I truly believe this.

Your past is irrelevant. Yes, it can influence how you can improve yourself. It may close off some avenues for you to climb to the top in. At 53, lacking in coordination, and being somewhat overweight, I do have to accept I am unlikely to become an above average athlete. However with a positive attitude and intestinal fortitude (“balls”), we can all reinvent ourselves to become so much better than average.

“But why diminish your soul being run-of-the-mill at something? Mediocrity: now there is ugliness for you. Mediocrity’s a hairball coughed up on the Persian carpet of Creation.”