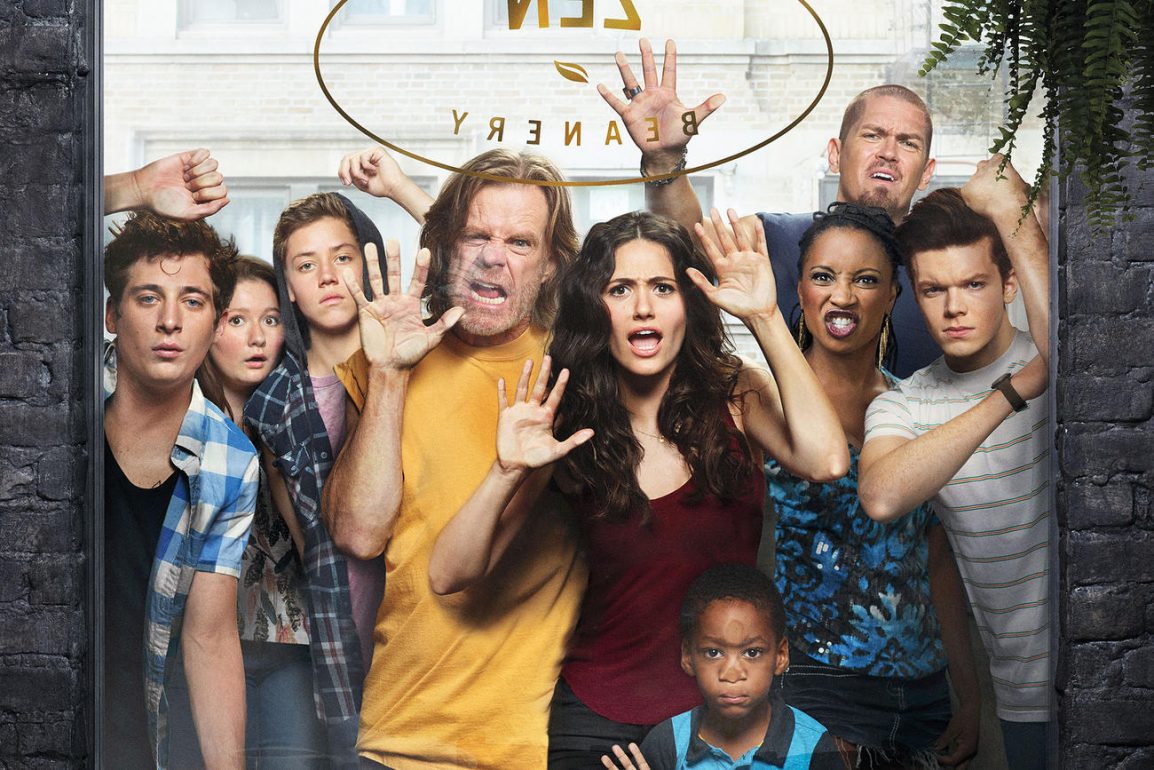 I have really been getting into the American version of the television show, Shameless recently. In fact, my flatmate and I have powered through all seven seasons to date over the last month, with only one episode to watch at the time I write this.

For those who are unaware of the show, it is based on a British show (of the same name) about a dysfunctional family (the Gallaghers) with a deadbeat dad (Frank) and his six kids (Fiona, Lip, Ian, Debbie, Carl, and Liam). I’ve never seen the British original, although I will have to hunt it out at some point for a comparison.

Shameless is not for the faint-hearted or easily offended. There’s a huge amount of swearing and quite a bit of nudity. But is immense fun, brilliantly written and well acted. Even after seven seasons in the role, William H Macy, as Frank, managed to win the Screen Actors Guild Award for Outstanding Performance by a Male Actor in a Comedy Series recently.

In some ways, Shameless is a bit too close to home. The dysfunctional lives of the characters seem vaguely familiar at times. If you were to have to live in the characters’ lives, you would certainly struggle. Perhaps that’s why Shameless has straddled to boundaries between drama and comedy. It tells a very gritty dramatic story using comedy. And of course, comedy leads to laughter, and laughter is good for your health, relieving physical tension and stress.

How Television Became Important to Me

I talk about how television can be good for me as somebody who once didn’t really know what laughter was. I was a somewhat serious and earnest young boy; studious, hard-working, academic, not particularly prone to fits of laughter.

I grew up in the port of Lyttelton on the east coast of New Zealand’s South Island. Lyttelton is situated in a dormant volcano and has a population of about 3,000. Because of its geography (hills on three sides, the sea on the other), it is unlikely that it will ever be much larger than this. It is only a 20-minute drive through a road tunnel to the larger city of Christchurch, although to a Lyttelton kid growing up in the 60s and 70s, Christchurch was a world away.

Although it has changed in recent years and become quite trendy, when I was a kid Lyttelton was very much a working-class port, very traditional, very grey, and in Winter when the South-Westerly blew, very cold. It was not the sort of place that caused me to laugh much.

I should point out that I lived in a caring nuclear family with two happily married parents and two children, which was nothing like the Gallagher family of Shameless. However, I did know some people who could have fitted in well. One of my friends had an alcoholic dad. He spent most of his days drinking in one of the local bars (there were six pubs and a workingman’s club for a town of 3,000 people). For more than 20 years he managed to persuade his workmates to clock him into work each day, while he sat at the bar from the time it opened at 7 am until closing time.

I was a relatively academic boy, by Lyttelton standards. I definitely wasn’t following my dad into being a crane drive on the wharves (which was lucky in the end, as the port company which took over the harbour board eventually got rid of most of the wharf cranes, making most of the crane drivers, including my dad redundant).

One day, Mr. Daly, the Headmaster of Lyttelton Main School, summoned my mother to his office. Although most of the conversation was probably about my academic talents, there was one line that stood out: “Andrew doesn’t seem to have a sense of humour.” This was certainly the part of the conversation that stuck in my head when Mum repeated it to me on her arrival back home.

“Andrew has no sense of humour.”

I made it my mission to try and find myself a sense of humour.

I would have been about nine or ten at the time Mr. Daly made that infamous statement to my mother, which makes it about 1972 or 1973. New Zealand still only had the one television channel at this point – it wasn’t until 1975 that TV2 (or South Pacific Television as I think it was then called) arrived on our airwaves. Nonetheless, I made it my mission to start watching as much television comedy as possible (well, before I was sent to bed each night at a sensible hour, anyhow).

New Zealand at that stage had very British tastes, so I grew up on a diet of British comedy. Alright, much of it was fairly low-brow, and by today’s standards, highly misogynistic, but I fell in love with it. I lived Benny Hill (and it wasn’t just the scantily clad women), Doctor in Charge, Dad’s Army, Are You Being Served, and Bless This House (with Sid James – I loved his Carry On movies, too). I laughed as Robin Tripp moved from Man About the House into Robin’s Nest (and his landlords into their own show, George and Mildred). I giggled yet cringed at the overt racism in Love Thy Neighbour (I bet that doesn’t get replayed nowadays). I laughed out loud at the antics of The Goodies and developed a real passion for Monty Python that lasts until this day. In time I also jumped into the next generation of comedians, such as Rowan Atkinson, Griff Rhys Jones, and Mel Smith.

Alright, watching television probably hasn’t helped my physique – but I never was a physical kid. I would always prefer to read than to run as a kid. And I never spent too many hours in front of the television set. I was only one person in a family of four watching a single set. There may have been only one channel at the beginning, but over time channels multiplied like mushrooms.

I have learned over time that watching television can be good for me. Television has definitely helped my mental state in some of my down times. I don’t watch a huge amount of it nowadays, but what I do watch keeps me calm, makes me happy, and reduces my stress. And when I watch Shameless’ Lip (short for Phillip, if you were wondering) fall from his life of potential success as the intelligent academic member of the Gallaghers, into the gutter of drunken despair, I can feel some element of empathy as he starts to rebuild his life again and reinvent himself as a new man. Of course, with Shameless being a television show, it is inevitable that Lip will tumble down yet again as he encounters some new crisis in his life.

I just have to remember that as I live in the real world, I don’t have to face eternal dramas. I’m not trying to win any ratings war.