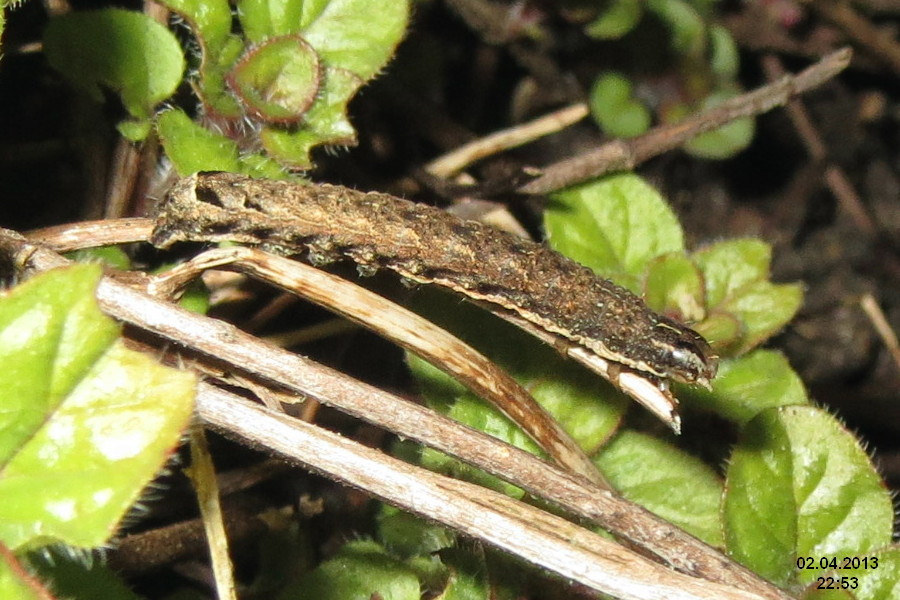 I play two major roles in life both which I find very fulfilling. One is that of a personal development writer and coach, the other a grandfather. So today I merge the two roles and hope you enjoy the end result. This is my first attempt at writing a children’s story.

Once upon a time in an utterly abandoned barren field in the North East of England, at the side of an old coal mine, long deserted, a very small round egg lay in a leaf way up on top of a big oak tree.

One day the egg finally hatches, and a little green stripped caterpillar named Slinky emerges. Almost immediately it starts to eat the leaf it was born onto. Over the next few days it just eats and eats and begins to grow quite quickly. As it grows it seems to expand and molt, where its skin just falls away shedding from its body. This doesn’t happen once but again and again.

A few days pass, Slinky as always is munching on a nice delicious green leaf, when a wave of negativity verberated through his mind. ‘How bored am I’ he said. All day, every day I just do the same things, I eat, I sleep, I crawl a few inches, nothing more. He sighed and then said to himself “all that makes a day different is those where my skin seems to peel away.”

Today Slinky was experiencing a typical harsh spring day where he faced so many difficulties. There was the rain falling on to his head and weighing down the branch he was on, making him feel it could give way any moment. Then there was the wind rustling through the tree, shaking the branches and he had to hang on for dear life. It also blew coal dust through the tree and this seemed to cling to his body and its harsh smell made him very queasy. Then the sun would come out and begin to heat him up, it felt like he was being cooked. When the sun was out birds would descend to his tree and begin pecking away at his leaves. He would hide so they wouldn’t eat him. ‘Life is just a fight for survival, nothing more’ he said sadly to himself.

‘All I do is eat and then get bigger and bigger, surely there must be more to life than just eating and getting bigger. It’s getting so boring, so frustrating.’

He so wanted to make something of his life, but he didn’t know where to start.

That night while asleep strange thoughts came to his mind.

Yet the excitement inside just grew and grew.

In his dream he saw beautiful flowers, of all colours and sizes, lush green grass, with streams of clear blue water just flowing. It was as though he was looking down on this scene from the sky, as he flew calmly over. He flew and flew, for hours on end, gazing on an amazing array of animals both big and small.

Such impossible thoughts, but so nice.

He grew fond of sleeping, to be able to hold such wondrous visions through his dreams. This made the effort of his day, fighting for survival so worthwhile. He knew whatever the day would bring, no matter how difficult things may get, he would be able to end the day by visiting his dream.

Then he could be happy having his impossible dream.

He may be alone and lonely, but only when awake.

When asleep his vision is full of beautiful creatures, some flying, some sitting like him on branches, others scurrying about, and some larger animals serenely walking and running up and down an area full of trees.

He could escape there any time he liked by just calming his body and allowing sleep to take over.

One day Slinky looked downwards in the tree and he saw another Caterpillar doing something strange.

It seemed to be creating streams of silky material.

He wondered if he could do the same. He dreamt about it that night.

The next morning when he awoke the dream had seemed real.

Within seconds Slinky began to spin silk himself. Over the hours he got better and better at doing it. Day by day his technique improved.

Taking a break one day, munching away on a leaf, he looked back down towards the other caterpillar but it was gone. Then he noticed a beautiful butterfly fluttering around on the very same branch where the other caterpillar had been. Full of colour, purple, pink and yellow. Then Slinky felt the air flutter and he saw this amazingly beautiful creature just hovering in the sky.

It’s wings were huge at its side, the mesmerising colours of this creature just captivated Slinky’s heart. Then it just flew away, so gracefully.

He went back to his spinning. Eventually he became so tired from all the work involved that he decided to take a nice long nap.

He had no idea how long he had slept, but when he awoke he found that he was hanging upside down and was inside a chrysalis. Once he had pushed his way out, he realized that something was very different his body had changed.

As he wriggled out of this chrysalis, feeling his skin entirely falling away, he emerges as he had once before from the egg but this time things felt very different.

He stretches out sitting back on his branch and feels fluid running through every inch of his body, filing him out and now Slinky is a beautiful butterfly, and this is not a dream, its reality.

Slinky looks to his side and sees his beautiful, large orange and brown wings. The tips of his wings have black and white spots.

Suddenly the butterfly he saw the other day flew towards him, and he heard the words, good morning beautiful butterfly, how are you today my brother.

Brother and sister flapped their wings and took off into the sky. They were both flying together! Reunited at last, and now could begin their journey, flying away to distant lands in search of Slinkys dream.

Their adventures are about to begin. Slinky the caterpillar may be no more but the world has welcomed Slinky the beautiful butterfly

Only those who decide life can be better than this can soar like butterflies. It is not easy discovering our metamorphosis, as it is not easy to make our dreams come true. Anything worth having is worth fighting for. We just have to never give up. Then one day, we too, can find our wings and fly like a butterfly …then our reinvention is complete.
photo credit: Lesser yellow underwing 1 (BG) via photopin (license)