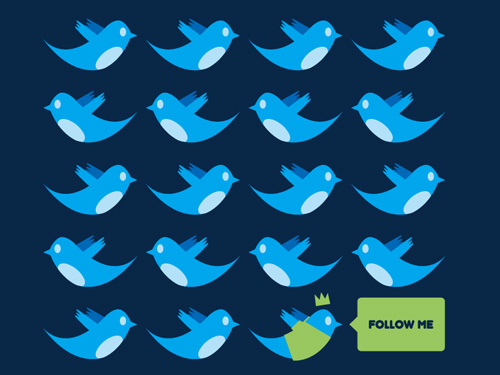 You may have heard how important social media can be as a marketing tool. Whether you are B2C, B2B, or somebody who wants to earn a living online, Twitter can help you spread your message.

In many ways, Twitter began the current craze of sending short messages. This is because Twitter’s key difference is that it limits posts (known as “tweets”) to 140 characters.

Twitter has had much exposure in recent times due to it being US President Donald Trump’s preferred means of communication.

When you are limited to 140 characters, you have to think carefully about you are saying. You can include links to other web content and images.

Twitter is often referred to as a microblog. When you publish a post on a traditional blog it will usually consist of somewhere between 500 and 3,000 words. If you “post” on Twitter you only have 140 characters to present your story.

Unlike Facebook, you can be assured that your Twitter followers receive every tweet you make. They are unlikely to see every tweet, though. Apart from a few sponsored tweets which “queue-jump”, tweets reach your followers’ feeds in the order that people make them. But, most people receive far too many tweets for them to be able to see every one in the time they have available. This is a reason why it is important to think about the timing of your tweets. If you tweet at the wrong time your tweet may get lost in very long Twitter queues.

It is also a reason why it is a good idea “reuse” tweets. With something like Facebook, you tend to make a status, and it sits on your page, diminishing into the background as you make new posts. In the case of Twitter, you make a tweet and it rapidly vanishes down peoples’ feeds and will be out of sight, often within minutes. For this reason, it is common to send identical tweets several times a day, a few hours apart.

You begin by setting up a Twitter account in your business’ name. If you are a sole trader, sole-person company, or a professional you may choose to do all your tweeting from a personal account in your name. Otherwise, you should set up a separate business account.

You will find that people will take interest in your Twitter profile. So it is important that you set it up to represent your business. You need to pick a username that epitomises you or your business. If somebody has already taken your precise name, look for a shorter version you could use. You want people to be able to clearly identify you. It causes less confusion if you restrict yourself to letters and numbers in your Twitter name, avoiding symbols. You can’t use spaces.

When you refer to anybody by name on Twitter you use the @ symbol before the name. So if you registered as JoeBloggsLtd your Twitter name would be @JoeBloggsLtd.

There are two types of images you will need to upload. One is your Twitter Profile Picture, which will appear next to every tweet you send. If you are using a personal account, this should be a headshot of you. If you are tweeting under your business name, this should ideally be your logo. You should upload a square 400×400 image of no more than 2Mb.

You also need a larger wider image to act as the background photo on your profile page. This should be an image that represents your business in some way. The correct size for this is 1,500×500 of no more than 5Mb.

You should fill in as much of your Twitter profile as possible. You may have Twitter followers from around the world, so ensure that your profile tells your story and is clear, even to those who don’t know your local area.

Once you have an account you will want to begin following people. You do have to be careful though. Twitter doesn’t like people who it considers to be spammers. You need to keep your Followers: Followed ratio at a reasonable level. Ideally, it should sit somewhere in the range of 0.7:1 to 2.5:1. This means that you can’t  go mad following large numbers of people. You need to encourage other people to follow you.

It is a good guide to limit yourself to following no more than 100 new people a day. As long as you give people enough time to follow you back (at least a week) you can gradually unfollow people who take no interest in following you. Again, do this slowly over time. Twitter does not look kindly at a rapid burst of either following or unfollowing.

Indeed, Twitter has a couple of set rules when you reach the point of following 5,000 people:

Ideally, you shouldn’t follow random people. The types of Twitter accounts you should concentrate on following are:

Twitter is a great place for you to communicate with your followers. Just remember that you need to restrict your messages to 140 characters. Research shows that tweets that include an image perform better than those that are text only.

It is important to remember that Twitter is a social network. It is not like radio or television where you can simply broadcast your message. There needs to be two-way communication.

You have to ensure that your tweets are not just advertising messages. If they are then most people will begin to ignore your tweets.

It is also important that you retweet messages from your followers. Share anything they send that you find particularly interesting or valuable. Your followers will probably thank you for sharing quality content. The more you share of their content, the more they will share your content. This will, in turn, expand the reach of your tweets.

You need to balance your tweets between providing what your followers want to hear, mixed in with some that promote your business. People differ on what the sweet spot is. But, they often suggest that you should send about four content/retweet messages to every one of your own promotional tweets.

If you operate a blog that provides quality content you can promote your posts on Twitter. You can answer any questions people ask (as long as you can fit your answer into 140 characters). Your tweets can provide people with useful information.

You need to balance using Twitter to spread your message, with the need to build up a strong, interested, following who values what you say.

One problem with Twitter is that it can take up a considerable part of your day. There are ways you can automate some of the processes which can make your life easier. I will look at some of these in a future post.

I do offer a social media service to small businesses, where I am happy to operate their company Twitter accounts and tweet on their behalf. If you want to learn more about this, contact me at a.r.loader@gmail.com.